David set off for Vietnam in 1957 before the age of one in the arms of his missionary parents, Garth and Betty Hunt along with his sister Donna.  Three more sisters (Laurel, Sandra, and Brenda) later joined the Hunt family with all being born in Saigon.  He and his four sisters were completely acclimated to local culture and were fluent in Vietnamese.  The Hunt kids attended the boarding school for missionary children in Vietnam until increasing communist activity forced the school to be air lifted out of the country in 1966.  By this time the family had relocated to Saigon and would return to Vietnam for two months every Christmas and summer.  As young children, they accompanied their parents who ministered in evangelism and church planting.  At the age of 10, David began accompanying his Dad as he would fly by helicopter to preach to Vietnamese troops.  It was at this early age that he began to participate in Scripture distribution handing out Gospels of John to the Vietnamese troops and their families. 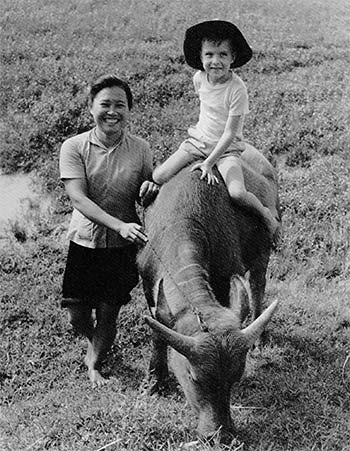 David grew up with a deep respect for the Word of God and as the war intensified and casualties mounted, the Hunts led in the ministry to wounded Vietnamese troops at the largest Vietnamese military hospital with 3,000 men.  Every week services were conducted and anywhere from 40-60 men committed their lives to Christ.  Every soldier was given his personal copy of the Word of God.  These early years shaped David’s heart and passion to provide God’s Word and share the Gospel.

The Hunt family departed from Vietnam in 1972 for their scheduled year of furlough and by the time they were to return, the war had entered its final years.  David completed high school and then went on to obtain a Bachelor of Theology Degree at Canadian Bible College along with his Christian Education Diploma from the Evangelical Teacher Training Association.  He followed that up with a Bachelor of Arts Degree in Economics and Business from the University of Waterloo.  In 1980 David began to assist his father who was the Founder of WorldServe Ministries.  He then joined full-time in 1983 and then in 1987 became Executive Director.  That year he also married Linda, a California girl and they went on to have three children.

In 1992, at his father’s request, David let his name stand for President of WorldServe Ministries and the Board of Directors unanimously appointed him to that position.  As he had begun to travel much more widely to different continents meeting with denominational leaders, he began to hear a resounding cry for help.  Church leaders told him, “We must have materials to reach children for Christ.  We have nothing attractive for our kids, leading them clearly through the Gospel to make a decision for Christ.” 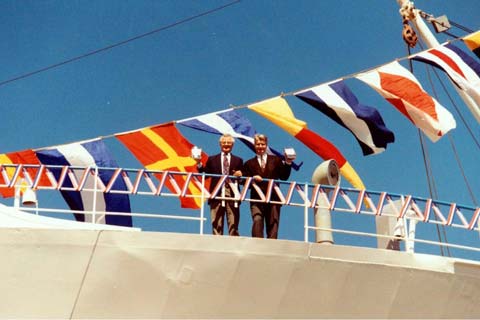 Armed with those requests, David searched the world for just such materials, and he found nothing that met their requirements.  That stirred a strong desire in David’s heart to meet that need.  In God’s sovereign plan, he met Ric Osborne.  As they shared their hearts, they determined that together they would work to meet that great need.

David established a Gospel outline and took it to the same church leaders who had expressed their desire to reach the children of the world with something new, fresh, dynamic and Scripturally sound.  He finalized the draft and then working together with Ric and his very gifted, creative, team, The Most Important Story was completed in late 1995.

David was determined that The Most Important Story (MIS) contain actual Scripture, not just stories.  He also was adamant that it conclude with an invitation to accept Christ.  Therefore, it is known for its straight-forward presentation of the Gospel, with 50% scripture in the text. It is a simple and tangible form of the Gospel concluding with an invitation and prayer of Salvation. As the goal was to make the material very attractive to kids, it was determined to utilize colorful, dramatic, animation style artwork.  The result was one of the most innovative Gospel presentations ever created.

The first printing took place in 1995 and very fittingly, David initiated it in Vietnam, the country of his childhood. Although it was very complicated and difficult as it took place under communism when it was illegal to share evangelistic materials with children, the underground Church printed 6,500 copies in Vietnamese.  The results were an astounding 1,634 children, along with many adults who had individually put their faith in Christ.

David has often said if that is all that was ever accomplished, it would have been worth it.  However, God had great plans for The Most Important Story.  The next printing of the English and Spanish versions took place in 1996.  Although it was created for their own distribution, soon other major ministries learned of the materials and incorporated the MIS into their outreach.

Foremost among these were Operation Mobilization with George Verwer and then Samaritan’s Purse Operation Christmas Child program and the Billy Graham Evangelistic Association.  Incredibly, Samaritan’s Purse utilized the MIS for 15 consecutive years reaching 40 countries with millions of copies.  OM continues to carry the MIS on their ship Logos to this day, 24 years later.

As David saw the incredible effectiveness of this Gospel book, he wanted to make it available to everyone around the world, David made it his goal to have the MIS translated in over 100 languages, and so far, it has been printed in 125 languages.

When he first set out, David had no plan to create a publishing company. He simply followed his inspiration, and now his work reverberates throughout the world.  He has lived in awe of the impact it has brought to lives over the past 30 years, bringing countless numbers of people to Christ, all over the world.

David is convinced that the MIS should be the outreach tool of choice for churches, missions’ groups and organizations around the world.

Now, in 2020, an entirely new initiative has been launched that will transform the print version of The Most Important Story into apps that can be downloaded to any Android and Apple device.  The initial objective is to complete the app in 10 different languages, spoken by half of the world’s 7.8 billion people.

Then, the Lord willingly, language after language will be added even as the print versions are also made available world-wide.

To God be the Glory