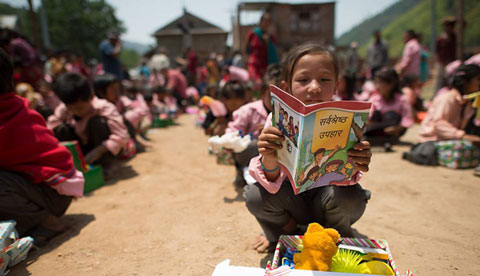 Billy Graham, the foremost evangelist of the 20th Century is known as a man committed to the Word of God, not only to preach it, but to provide it in print by the millions all over the world. The Billy Graham Evangelistic Association (BGEA) has used The Most Important Story in multiple crusades to great effect. Franklin, Dr. Graham’s son, who is the President of BGEA today (as well as serving as the President of Samaritan’s Purse) carries the same fervor for God’s Word and the commitment to provide tens of millions of copies of the Gospel to over 150 countries. They used The Most Important Story, re-titled The Greatest Gift of All for the Shoebox Program, for 15 consecutive years as their lead Gospel material. Those familiar with the program, and the millions of Christians who provide the shoeboxes each year, can still use the same material today by using The Most Important Story, which is now available in 118 languages.