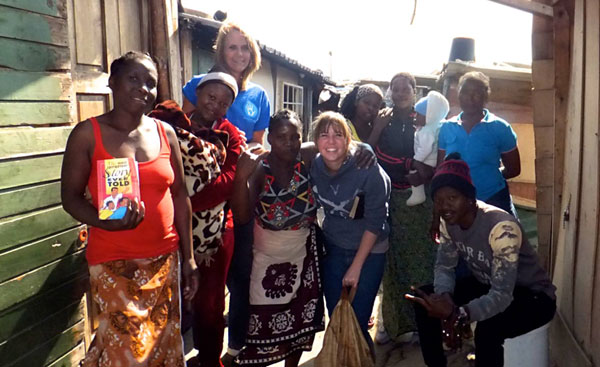 We met a group of ladies down the path between the shacks, so I began talking with them. They didn’t speak a typical language so that was a barrier. But God continued to work in mighty ways (as I’ve seen so often the last two weeks) and our young translator was able to piece together enough words to make communication with them. At first they were just smiling and laughing together, but after talking a while I could see their eyes opening to understand God’s truth… and it was amazing! Two of the three (Idah and Aussy) read the prayer from the (Most Important Story) children’s book I brought – of which our team has given to almost 300 individuals. We then spent several more minutes making sure they understood exactly what it meant to them, and I left feeling confident they received salvation from God!