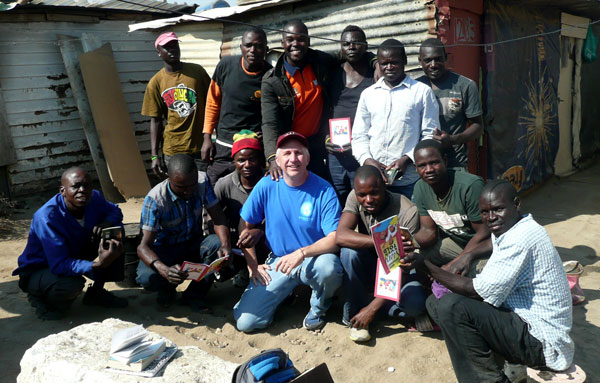 “Well today was our last ministry day. Almost immediately we were met by a woman trying to give away her baby to us. It was so sad. I then said hello to a couple of ladies across the street that were willing to talk, so I called a couple of our team ladies over while I began a conversation with three or four guys next door. It was a hangout of sorts where men drank, and on the ground there were several rows of holes with a varying number of rocks in each of them – they were clearly gambling. But they were very cordial and, as we talked more they listened longer… and the more guys showed up; before I knew it there were 11 men gathered around listening. After nearly an hour of working through our translator, I used the (MIS) kid’s book to explain the gospel to them so they could pray for salvation. I again wanted to make sure they knew it wasn’t the words they were saying, but it was their hearts that was the issue. Even after quizzing and partially trying to talk them out of it, all 11 said they understood and wanted to receive Christ as Lord – it was an awesome morning.” – Eddie T.