David with Larry Burkett and Brother Yun of China 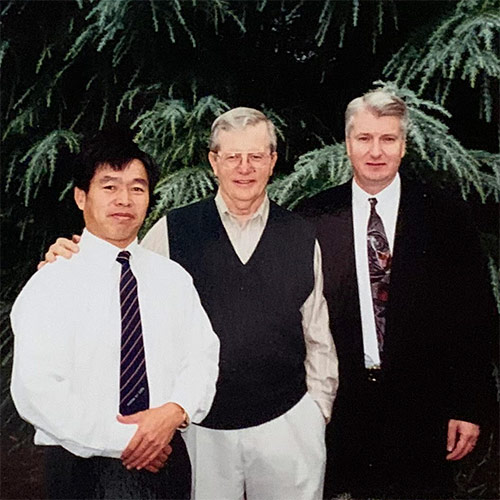 “Well obviously the book, The Most Important Story has been very effective and literally hundreds of thousands, if not millions of copies have been distributed.  I was with Campus Crusade for Christ when the Jesus film project was started.  And, I was impressed by how effective a single film like that could be throughout the world.  I believe The Most Important Story can be just as effective if not more so, because kids are much more impressionable than adults, especially in third world countries. The idea of taking that story and converting it into animated format for kids is dynamic.  There are hundreds of millions of kids around the world who will flock to this.

I think it is an exciting opportunity.  I would really encourage God’s people to invest in something that is going to have a life changing effect, on I believe millions, perhaps hundreds of millions of children worldwide.  We may well be the generation to see the Great Commission fulfilled.”