The Most Important Story Initiative

world evangelism TO children THROUGH children 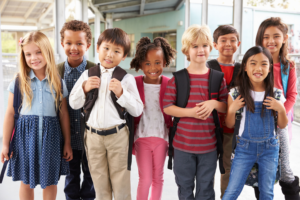 “Give me just one generation of youth, and I’ll transform the whole world.”  —  Vladimir Lenin

““If I could relive my life, I would devote my entire ministry to reaching children for God.” — D.L. Moody

Then people brought little children to Jesus for him to place his hands on them and pray for them. But the disciples rebuked them. Jesus said, “Let the little children come to me, and do not hinder them, for the kingdom of heaven belongs to such as these.”   — Jesus of Nazareth      (Matthew 19:13-15)

THE BACKSTORY THAT SETS THE STAGE

By 1995, the church in Vietnam had survived underground for two decades under the yoke of Communism. At Christmas that year, lay Vietnamese Christians used a colorful 32 page booklet about Jesus to evangelize and disciple children in the villages.  In two months, sharing with just two to three kids at a time, 1,534 children prayed to receive Christ. They were told they were new creations, children of God, and they needed to do God’s work and tell others about Jesus.

Today, this landmark church planting movement has led to over 1,000 churches organizing themselves as the second largest denomination in Vietnam and the only denomination begun by Vietnamese nationals.

This is the case study to point out an overlooked strategy that is the Most Important Initiative: The path to world evangelism is THROUGH children.

Get it in English Today! 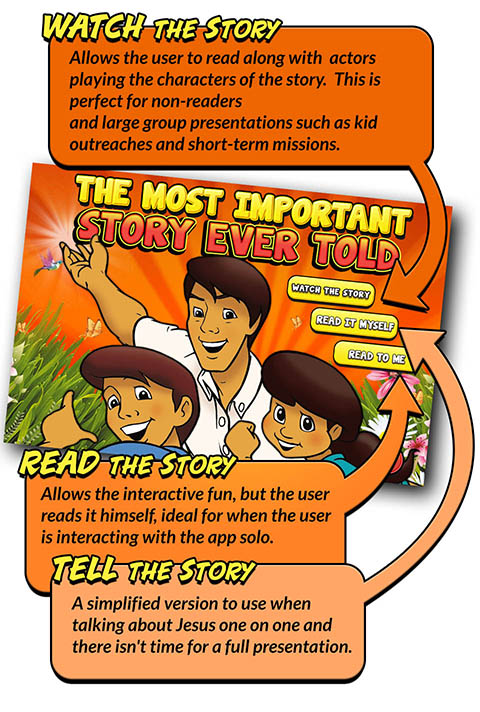 CHECK OUT THE PRAYER & ACTION PAGE

To Reach the Children

Over 25% of our world are children. In many parts of the world they are 80 to 90% illiterate. The Most Important Story App is the most important app – it explains the Gospel to any child with any literacy rate.

We work across both Apple and Android platforms, covering all phones and tablets across the world.

We have these languages fully funded:

We have these languages partially funded:

We have targeted these languages for funding:

Will you help us develop and record the text in even more languages?
Our goal is the reach the world!

We need your prayers and participation!

“…pray for us that the message of the Lord may spread rapidly and be honored…”
II Thessalonians 3:1

“And this gospel of the kingdom will be preached in the whole world as a testimony to all nations, and then the end will come.”
Matthew 24:14

Your gift of ANY amount will fuel rolling out even more apps! 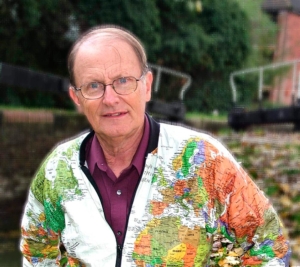 “I’m convinced that many people will come to know the Lord Jesus through this powerful basic Gospel story. It has been perhaps our most widely used book for children for both our work in India and especially with the ship and I’m sure other places I don’t know about…but it has certainly been a key tool…so the ship alone has probably distributed probably a couple hundred thousand of these books.

We need to promote it…every possible way we can make that app known which I certainly will do through my Facebook and YouTube.” 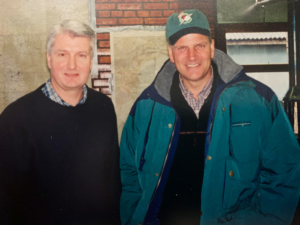 Founder David Hunt with Franklin Graham in war-torn Kosovo, 2001. The Most Important Story was included with Operation Christmas Child shoeboxes for over 15 years.