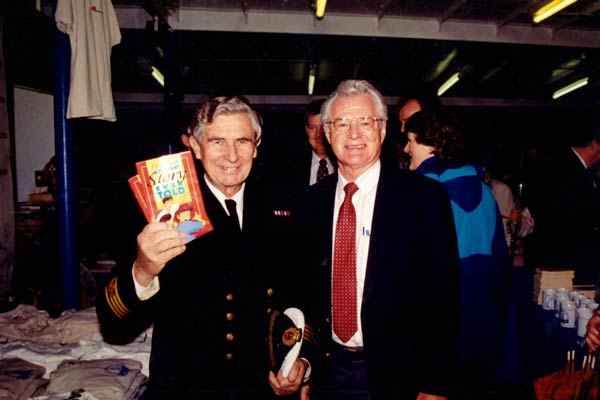 George Verwer is the dynamic, passionate Christian leader and evangelist who founded one of the great literature ministries of all time – known as Operation Mobilization (or simply, OM). Over the years, the OM ships have brought floating libraries into ports the world over. When George Verwer received his first copy of The Most Important Story in 1997, he immediately set out to raise the funds for their first order of 200,000 copies. They say it is “the book that garners the greatest interest” and one of the books OM always carries on board its ships. Through The Most Important Story, the Gospel has been received in places that it had never been, thanks to the vision of George Verwer, his team, and the OM Ministry.

In his own words, George summarized it recently to the MIS founder, David, saying, “I’m a crazy praying fanatic of The Most Important Story.”